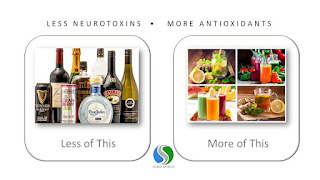 The chemical for All "Drinking alcohol whether it be  Beer, Wine, Vodka is varying levels the chemical Ethanol C2H6O.

Per Wiki - Pure Ethanol is used as rocket fuel, a solvent to remove oils and waxes, it is found in paints, is is used as an antiseptic because it kills most everything biological. It is highly flammable, and the same chemical you read about at the local gas pump.

It's the same chemical that we dilute and drink for mind numbing impact. It is a "central nervous system depressant, ethanol is one of the most commonly consumed psychoactive drugs". It is a cancerous chemical to humans, breast and colon cancers are very common. And it's addictive, driving dopamine receptors to crave more.

Believe what you want. The closer you look at the chemistry and make an honest assessment about what it does to you, we think the more motivated you will be to seek alternative beverages when out partying. There are some amazing 'mocktails' and ethanol reduced/free beers and wines you can have while having fun coherently. Water is great also, healthy and usually inexpensive.

With alcohol it's simple, "Less is More" 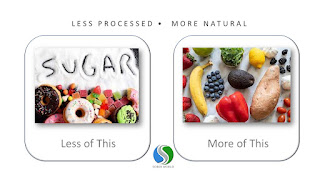 Sugar on the Brain

"When we eat sweet foods the brain's reward system — called the mesolimbic dopamine system — gets activated. Dopamine is a brain chemical released by neurons and can signal that an event was positive. ... Dopamine “hits” from eating sugar promote rapid learning to preferentially find more of these foods." Source Eating a donut, or having an ice cream is not a horrible thing. In fact it's quite fun. However, it's the accumulative amount of dopamine inducing chemical and also dopamine inducing activities combined is becoming a larger problem.   •  "If a person experiences hyperarousal while playing V ideo Games , the brain associates the activity with dopamine." Source   •  " Social Media mimics human connection, prompting dopamine release when we get likes and comments." Source    •  "When binge watching your favorite show (TV/Video/YouTube) , your brain is continually producing dopamine, and your body experiences a drug-like high. ... y 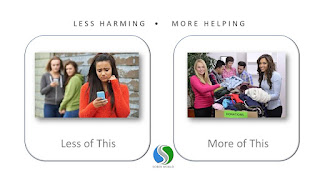 When Social is Harmful

"Although there are important benefits, social media can also provide platforms for bullying and exclusion, unrealistic expectations about body image and sources of popularity, normalization of risk-taking behaviors, and can be detrimental to mental health." Source Electronic devises can be a great way to assist in communicating, stay organized, share fun interesting and even intellectual content and even be a source for learning sophisticated topics with countless YouTube educational training videos and "Ted Talks" available for free any time.  "However, multiple studies have found a strong link between heavy social media and an increased risk for depression, anxiety, loneliness, self-harm, and even suicidal thoughts. Social media may promote negative experiences such as: Inadequacy about your life or appearance." Source Do you won the phone, or does the phone own you? One simple tool to lower the triggers and usage is to stop alerts and set a specific t 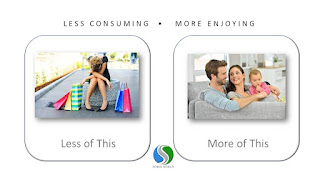 Shop Til You Drop?

"Shopping addiction, also known as compulsive buying disorder, or compulsive shopping, affects about 18 million adults in the United States. It's described as the compulsion to spend money, regardless of need or financial means." Source Shopping Addiction?  Yes, it's a thing. Basically a variant on a compulsive disorder, you shop to feel better. There is a temporary feel good when you buy something new. The problem is that buying that thing, does not help the root problem of the mental stress or anxiety or loneliness.  It's  thing - for the vast majority of us. "A whopping 89 percent of Americans have given into impulse shopping, spending an average of $81.75 per session." Source If it's an actual problem and how you deal with it are your questions to answer. Everyone is different.  General guidelines: • A strong, calm mental mind engaging in minimal screen time, feels less compulsion to impulse shop. • Wait before you click "Submit" or he